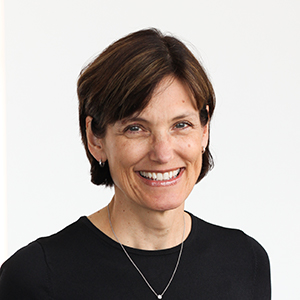 Ann is SVP, Preclinical Development, with additional responsibilities for the company's chemistry and project management activities.  She joined Kallyope in October 2016 as SVP, Drug Discovery and moved to her current role in 2020. Ann was formerly Vice President – Lead Optimization Chemistry at Merck & Co., responsible for the discovery of innovative therapeutic agents across disease areas. She joined Merck as a Senior Research Chemist in 1987. Ann’s work has led to over 40 development candidates, including JANUVIA® (sitagliptin) for the treatment of Type 2 diabetes, JANUMET®, a fixed dose combination of sitagliptin and metformin, and MARIZEV® (omarigliptin), a once-weekly treatment for Type 2 diabetes approved in Japan. An additional drug candidate, vibegron for the treatment of overactive bladder, is in late stage clinical trials. She is the author or co-author of over 80 publications and co-inventor on more than 35 issued US patents. Her awards include the Robert M. Scarborough Award for Excellence in Medicinal Chemistry (American Chemistry Society (ACS)), the Heroes of Chemistry Award (ACS), the Discoverer's Award (PhRMA), recognizing scientists whose work has been of special benefit to humankind, and a Directors’ Award, the highest honor that Merck confers on its employees. She is a 2013 Liberty Science Center Women in STEM Honoree and the recipient of the 2015 Gift of Mentoring Award from the Metro Women Chemists Committee. In 2016 she was named to the Medicinal Chemistry Hall of Fame (ACS). Ann obtained her B.S. in chemistry summa cum laude from the University of Notre Dame and her Ph.D. from Harvard University, studying synthetic organic chemistry in the laboratories of Professor David A. Evans.